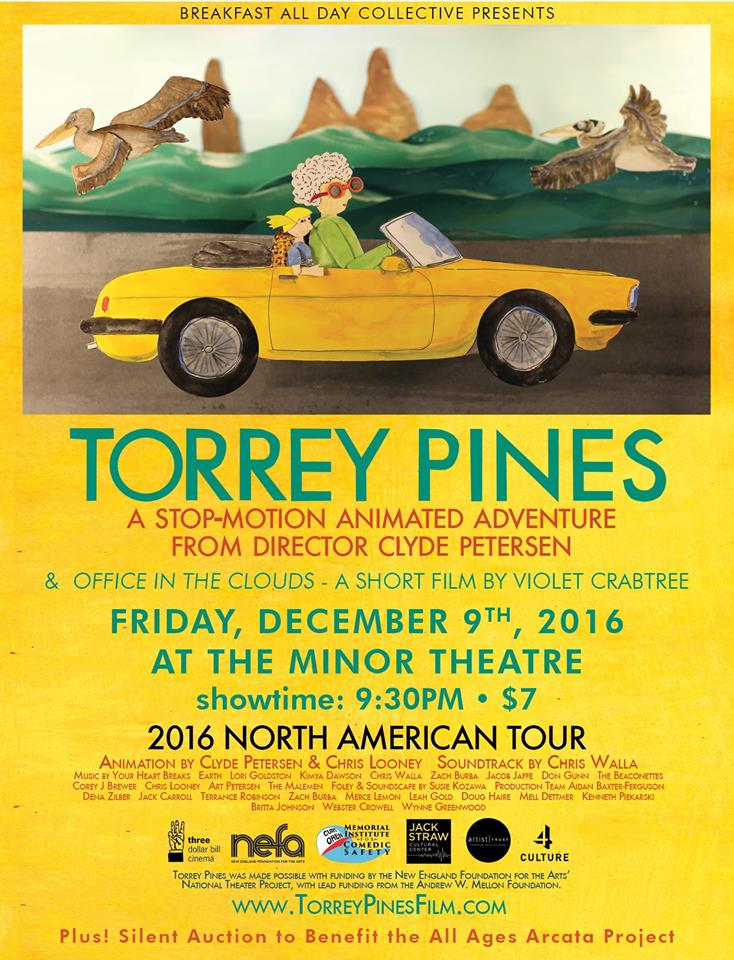 Torrey Pines is a stop-motion animated feature film by director Clyde Petersen. Based on a true story, the film is a queer punk coming-of-age tale, taking place in Southern California in the early 1990’s. Raised by a schizophrenic single mother, Petersen’s life story unfolds in a series of baffling and hallucinated events. With a mother fueled by hallucinations of political conspiracy and family dysfunction, twelve-year-old Petersen is taken on a cross-country adventure that will forever alter the family as they know it.